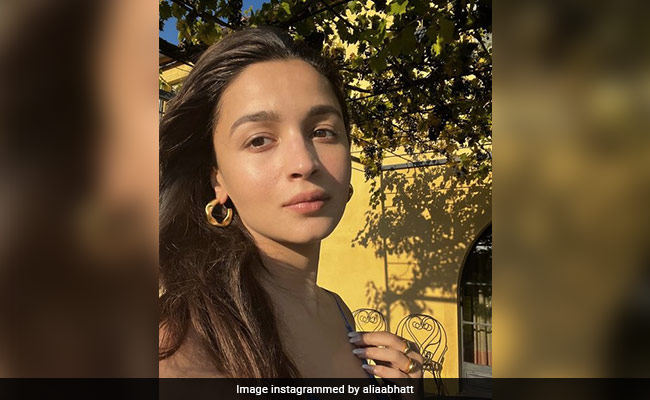 Alia Bhatt, who is expecting her first baby with husband Ranbir Kapoor, shared a picture from her “babymoon.” Posting the sun-kissed picture on Instagram, Alia wrote: “Eternally grateful for this sunshine – Thankyou for all the love my lovesssss.” In the comments section, Sonam Kapoor, who is expecting a baby with husband Anand Ahuja, wrote: “I went there for my Babymoon too! It’s literally the best! Have fun.” Sonam Kapoor went to Italy for her babymoon. Alia’s mother-in-law Neetu Kapoor wrote: “My beauty.” Alia’s mom Soni Razdan’s comment read: “And that is a lovely lemony sunshiny photo.”

See the screenshot of comments here: 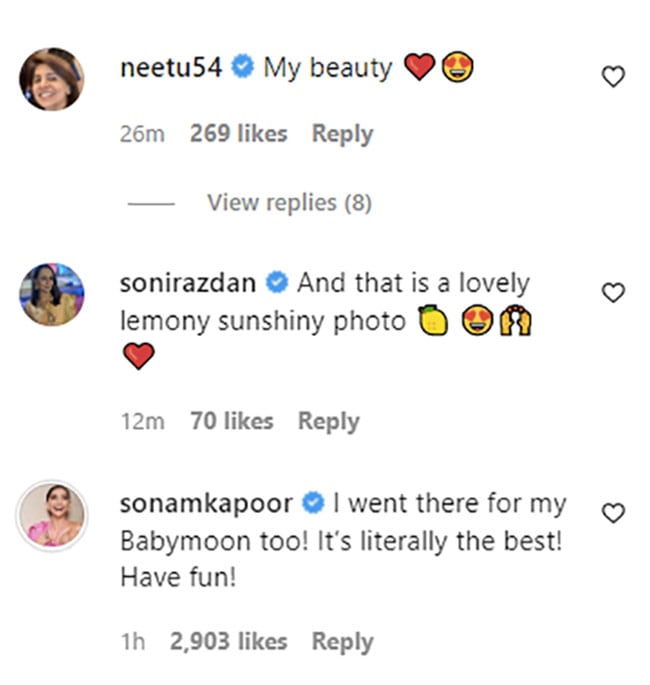 Alia Bhatt  announced her pregnancy in an Instagram post in June. She married Brahmastra co-star Ranbir Kapoor in April this year. She will soon make her Hollywood debut with Heart Of Stone, co-starring Gal Gadot. Other than that, the actress has multiple films in the line-up.

Alia Bhatt recently opened up about the way Ranbir Kapoor proposed to her in Maasai Mara (Kenya) during an episode of Koffee With Karan. “In terms of Ranbir and his planning, he totally blew my mind away because I was not expecting it. We were not even talking about it. We were talking about it for a very long time but then there were so many pandemic delays, that we decided we won’t talk about it. We’ll just go with feeling. And that’s exactly what he did. He didn’t tell anyone. He just carried the ring and he did it in the most amazing place, Maasai Mara,” said Alia Bhatt. Ranbir even planted the guide to take pictures of the special moment, Alia revealed on the show.