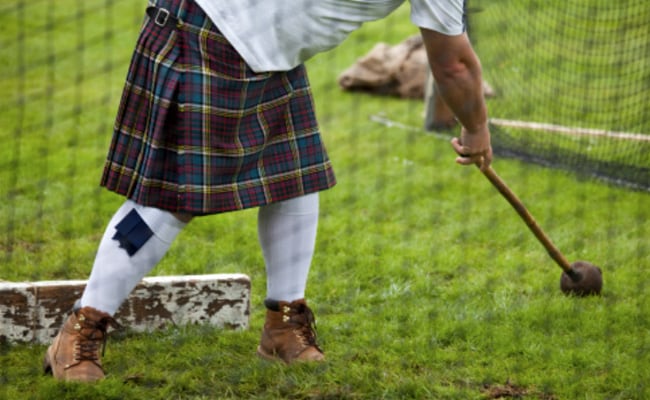 A man has been killed in a freak hammer-throwing accident at a Highland Games event in the Netherlands. According to the New York Post, the incident took place on Sunday (August 7) at Geldrop castle. The 65-year-old was touring the castle when the 22-pound metal ball thrown by a competitor at the tournament went over a wall and struck him. A trauma helicopter and other emergency services sent to the scene were unable to save the man, police said, adding that they are investigating the incident.

A witness was quoted as saying by the Post: “The pendulum dropped, we saw the ball go over the hedge and then we heard a woman screaming very loudly. It wasn’t a spectator… so he didn’t see the ball coming at all.”

The identity of the tourist has not been revealed. The emergency services attempted CPR but he couldn’t be revived, according to the Brabant Police.

The sporting event was cancelled after the tragic incident, the Post report said.

According to Encyclopaedia Britannica, the Highland Games, originally, were athletic meetings carried out in the Scottish Highlands.  The games originated in impromptu competitions at clan assemblies summoned by the chiefs for hunting, military exercises and the conduct of clan business generally, it further said.

A rebellion in 1745 put an end to these gatherings. The modern Scottish athletic games started 90 years later. There are currently about 40 major meetings and gatherings in Scotland alone.

The hammer throw is a traditional feature of the games since ancient times.

The World Has A New Kind Of Worker – The Flexetariat

The World Has A New Kind Of Worker – The Flexetariat