Will Remain BJP Ally, Impossible To Get Leader Like PM Modi: Bihar Leader 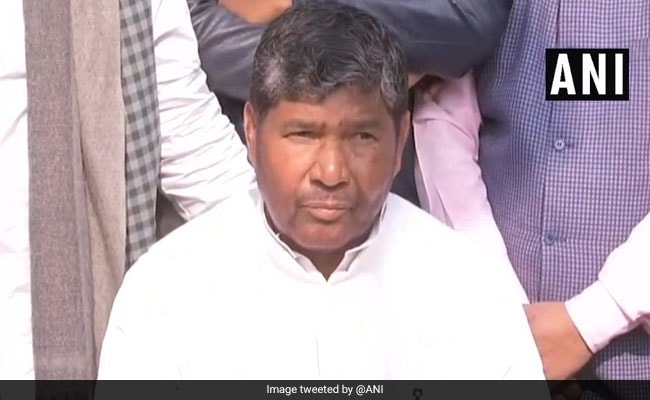 Amid turmoil in the ruling NDA in Bihar, Rashtriya Lok Janshakti Party leader and Union minister Pashupati Kumar Paras on Tuesday announced that his party will remain with the BJP as it is impossible to get another leader like Prime Minister Narendra Modi.

“Our party is with the BJP 100 per cent,” Mr Paras told PTI following a meeting of its parliamentary board where a decision to back the BJP was taken amid an imminent collapse of the saffron party’s alliance with the Janata Dal (United).

A decision was taken to ally with the BJP in 2014 under the leadership of LJP founder and Dalit stalwart Ram Vilas Paswan, and his party will continue to adhere to his decision, he said.

Mr Paras is a younger brother of Paswan. His decision is significant as the split engineered by him in the LJP against the leadership of Chirag Paswan was seen to have the backing of Bihar Chief Minister Nitish Kumar’s JD(U).

Mr Kumar was unhappy with Chirag Paswan’s decision to field candidates against his party in 2020 assembly polls, leading to a drastic fall in the JD(U)’s tally and relegating it to the status of a junior partner of the BJP. Paras was then inducted as a Cabinet minister in the Modi government.

“It is impossible to get a leader like Modi. He is the needs of the country. Till I do politics I will be in the NDA” Mr Paras said. His party has five MPs in Lok Sabha.