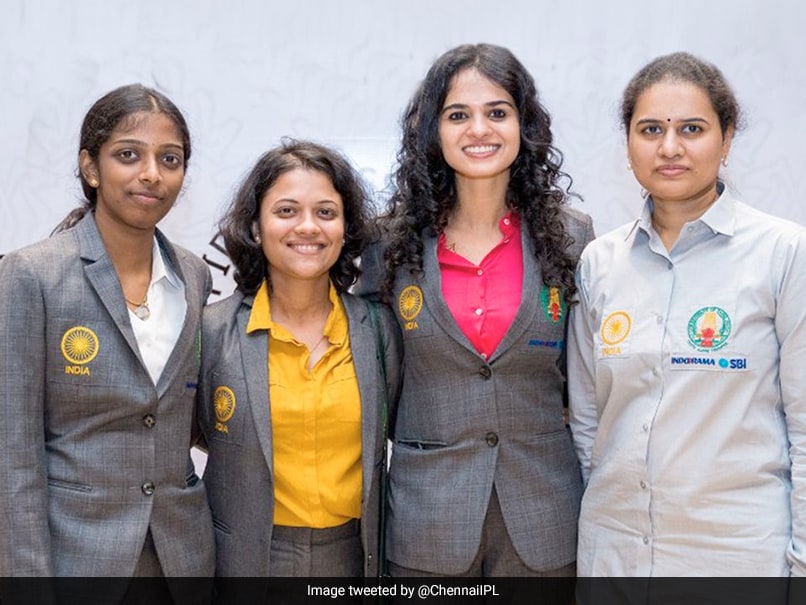 
The Indian women’s team that won bronze at the Chess Olympiad.© Twitter

Both the India-B and A-Women’s teams, would be honoured with a cash prize of Rs 1 crore each for winning bronze medals in the FIDE 44th Chess Olympiad, Tamil Nadu Chief Minister MK Stalin announced in Chennai on Wednesday. The international indoor sports event was successfully conducted by the Tamil Nadu government, bringing laurels from across the world, Stalin said.

The FIDE Chess Olympiad was held at Mamallapuram near Chennai and it began on July 28 and concluded on August 9. The India ‘B’ team settled for a bronze medal in the Open section while the India ‘A’ women’s side also finished third in the Olympiad on Tuesday.

In a statement, the Chief Minister expressed joy over the two teams winning medals and said it has brought accolades to the country.

Each of the two winning teams would be honoured by the Tamil Nadu government with a prize money of Rs 1 crore, he said.

Topics mentioned in this article