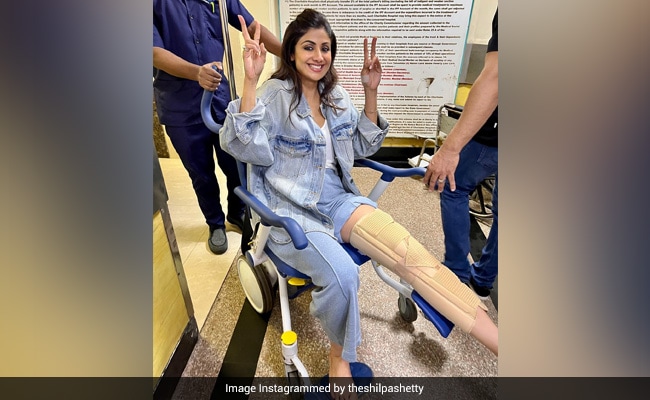 Shilpa Shetty took the term “break a leg” quite literally, she wrote in her latest post. While filming, the actress broke her leg and shared a picture of herself sitting in a wheelchair, showing her cast. The actress wrote: “They said, Roll camera action – “break a leg!” I took it literally.” Shilpa, 47, who has been shooting for Rohit Shetty’s Indian Police Force, urged her fans to pray for her recovery. Her caption read: “Out of action for 6 weeks, but I’ll be back soon stronger and better. Till then, dua mein yaad rakhiyega. Prayers always work. With gratitude, Shilpa Shetty Kundra.”

Indian Police Force also stars Sidharth Malhotra, Vivek Oberoi and Isha Talwar. The web series will release on Amazon Prime Videos. In April, Shilpa shared her look from the web show, which is a part of Rohit Shetty’s cop universe and wrote: “Ready to set the OTT platform on fire for the first time. Superrr Thrilled to join The Action King Rohit Shetty in his Cop Universe!”