“We Have A Question”: Ravi Shankar Prasad Takes On Nitish Kumar 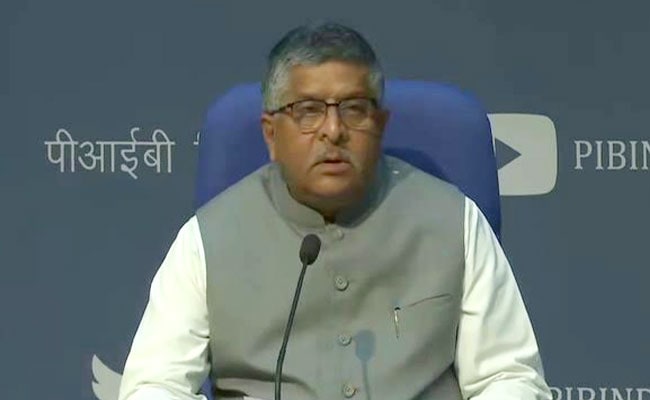 The BJP’s Ravi Shankar Prasad today ripped into Nitish Kumar, alleging that Bihar’s five-time Chief Minister had insulted the people’s mandate with his second split from the BJP. Mr Kumar, he said, won two mandates — in 2019 and 2020 — because of Narendra Modi, but broke the alliance with the BJP.

“We have a question for Nitish Kumar,” the former Union Minister told reporters.

“Did he not win the 2020 election through Prime Minister Narendra Modi’s leadership? Did you win the 2019 election on your own steam? Your 14 men went to the Lok Sabha. You have insulted the mandate of Bihar. How could you do that?” he added.

Mr Kumar, he said, quit the earlier Grand Alliance with the Congress and the Rashtriya Janata Dal citing corruption and joined the BJP.

“So what happened today? Has corruption ended? So why do you repeatedly insult the mandate of the people of Bihar?” he said.

There was a second question.

“If the BJP bothered you so much, why you did you stay on? You could have said goodbye in 2020,” Mr Prasad said.
Mr Kumar ended the alliance with the BJP today and staked claim to form a new government with Lalu Yadav’s Rashtriya Janata Dal and other parties.

Earlier today, sources in the BJP said the party had made no attempt to stop Nitish Kumar despite knowing about the impending split.

This, sources said, was because the BJP is sure that Nitish Kumar has national ambitions and sees leading the opposition in the 2024 general elections as a better option.

Sources said Mr Kumar feared that the BJP was trying to split his Janata Dal United the way they had engineered a split in the Shiv Sena and toppled Uddhav Thackeray’s government in Maharashtra.