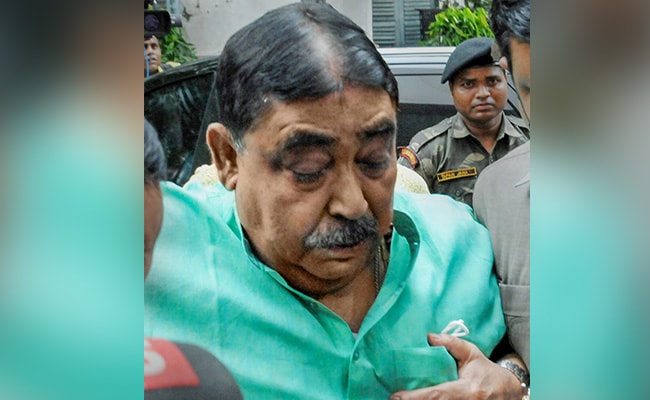 Trinamool Congress’s Anubrata Mondal has been arrested by the CBI

Trinamool Congress leader Anubrata Mondal has been arrested by the Central Bureau of Investigation in a cattle smuggling case.

The Central Bureau of Investigation (CBI) team came to the house of the Trinamool’s Birbhum district chief along with Central Reserve Police Force personnel to arrest him after his lawyers said he needed at least two weeks before he could appear for questioning.

The CBI yesterday sent a report to its headquarters explaining how Mr Mondal sought more time to face interrogation even after not responding to summons for a 10th time in the cattle smuggling case.

When the investigators reached his house today, they surrounded the property first before moving in, sources said. The Trinamool district chief is also known to be a local strongman. All the doors of his house were locked from inside, sources said. The CBI arrested him eventually, citing non-cooperation with the probe into the cattle smuggling case.

He will be brought to state capital Kolkata. Earlier, his doctor had prescribed bed rest for Mr Mondal. Sources said he was planning to go for an operation to treat a fistula, but the authorities in state-run SSKM Hospital said he did not need hospitalisation.

The CBI has filed four chargesheets in the cattle smuggling case and named 11 accused. Mr Mondal’s bodyguard, Saigal Hossain, was arrested in the case. The CBI alleged the Trinamool strongman’s bodyguard played a key role in moving money between cattle smugglers and Mr Mondal.

The CBI said Mr Hossain has also amassed properties worth crores of rupees.