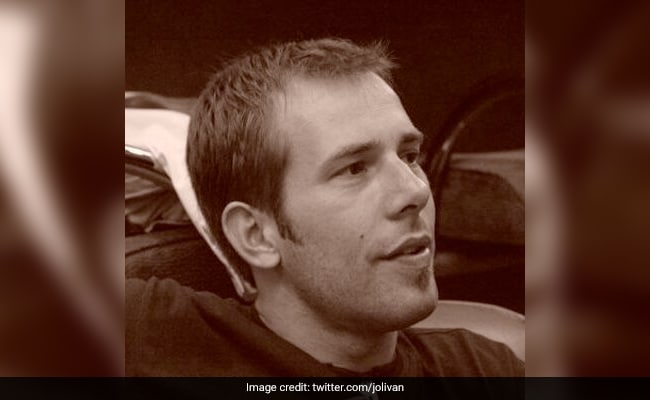 In 2008, Facebook was offered only in English-and struggling to expand internationally. If the company waited to hire translators, it risked giving competitors time to spring up, as they already had in Russia and Germany. Chief Executive Officer Mark Zuckerberg tried to purchase the German clone, StudiVZ, in an all-stock transaction that would soon be worth billions of dollars; StudiVZ declined.

That forced Javier Olivan, just months into his job leading Facebook’s international growth, to come up with a better idea. Instead of paying translators, he suggested that Facebook ask its users to do the work for free. German volunteers translated the site in just two weeks, shortly after Facebook’s Spanish users did the same. Translating Facebook into French took just 24 hours. The site was operating in 18 different languages within six months.

Translating Facebook was the beginning of the company’s meteoric rise. It was also the beginning of Olivan’s. Over a 15-year career at Meta, Olivan, 45, has become the company’s most effective problem solver, operating almost exclusively behind the scenes as one of Zuckerberg’s most trusted confidants. Now he’s replacing Meta’s second-in-command, Sheryl Sandberg, as chief operating officer.

In terms of star power, Olivan may be Sandberg’s opposite. He rarely speaks publicly or posts to Facebook or Instagram. But he’s had a hand in all of Facebook’s major competitive battles and acquisitions. If the public has heard his name at all, it might be from internal emails obtained by Congress in a report on Meta’s alleged monopoly status, or from leaked documents shared by whistleblower Frances Haugen portraying the company’s “grow at all costs” mentality.

That’s because, while Zuckerberg invented Facebook, it was Olivan who helped expand the service-with all of its societal benefits and ills-to unprecedented size and power. He’s become the company’s unofficial fixer, taking over when Zuckerberg really wants something done. He spun out Facebook’s Messenger app, which now has more than 1 billion users. He was also a key advocate for multiple Facebook deals, such as its $22 billion acquisition of WhatsApp, as well as the lesser-known Onavo tool-which helped Meta gather competitive intel on how often users were opening other social apps, such as Snapchat, on their phones. After the 2016 election exposed a number of Facebook’s flaws around election ads and misinformation, Zuckerberg started moving teams working on those problems to Olivan, including Meta’s advertising efforts and attempts at fighting spam and false posts.

It was an easy decision, recalls Dan Rose, the company’s longtime partnerships lead who left Facebook in 2018. “It had everything to do with the fact that he was the most competent product executive we had in solving hard, complex problems,” he says.

Zuckerberg’s choice of Olivan to be COO suggests something even bigger needs fixing: Meta’s business. For perhaps the first time in a decade, the company feels vulnerable. Facebook’s growth has started to plateau, and Zuckerberg is dramatically changing many products to combat rising competition from TikTok. After posting its first quarterly revenue decline in July, the company cut expenses and said it will slow hiring. Meta is also reeling from privacy changes on iPhones that make it harder for the company to collect the kind of precise targeting data that’s driven its advertising business for years. At the beginning of the year, Meta said it would see a $10 billion reduction in profit because of the changes.

On top of all that, Zuckerberg is pivoting the entire company toward his futuristic vision for the internet known as the metaverse, immersive digital worlds where people will communicate as digital avatars. The product is still mostly a hypothetical, with a business model that doesn’t yet exist. Zuckerberg, who’s more apt to borrow successful product ideas than invent them, needs to be right this time: Facebook’s valuation has been cut in half over the past six months, and worries have emerged about the core social network’s long-term viability.

It’s a collection of problems that now falls onto Olivan’s shoulders. The teams under his oversight include ads, partnerships, marketing, growth, corporate development, infrastructure, integrity, and analytics. Marne Levine, the chief business officer who used to report to Sandberg, reports to Olivan now, too.

Part of the intrigue surrounding Olivan’s new role stems from whom he’s replacing. Sandberg has been Meta’s second-in-command for the past 14 years, transforming the company’s COO role into one of the most prominent positions in business. For years, she was as much a public figure for Facebook as her boss, speaking out about policy and business issues, meeting with politicians, and promoting a global movement for female advancement in the workplace. As trust in her statements eroded with each Facebook scandal, Sandberg retreated from public view but remains a bestselling author and household name.

Olivan is still a relative unknown, even within the company. He prefers it that way and has no interest in press or media attention, colleagues say. He declined to comment for this story. His public Facebook profile has just 14 pictures, and only four of those include his face. His Instagram is private. “I don’t want people to mistake his humility and lack of ego for lack of effectiveness or for being shy or anything like that,” says Alex Schultz, Meta’s chief marketing officer, who’s reported to Olivan for years. “He’s just actually a super-low-ego, humble guy in my opinion, and I think that should be rewarded in business a bit more than it is.”

Olivan’s purview will be slightly different than Sandberg’s. The policy teams that once rolled up to Sandberg are now under Nick Clegg, the former deputy prime minister of the UK who got a big promotion of his own in February and now reports to Zuckerberg. Legal, also a team that was long under Sandberg’s oversight, is now reporting directly to Zuckerberg, too.

But Olivan will have more responsibility than Sandberg in other ways. He’ll oversee both advertising sales and advertising product, for example, meaning the people building Meta’s ad products will be interacting more with the people hearing feedback from marketers. It’s a subtle but notable change for Meta; for much of the past decade, Zuckerberg handled product, while Sandberg handled business. Zuckerberg acknowledged the change in his post announcing Olivan’s new role. “It makes sense for our product and business groups to be more closely integrated” than they have been in the past, he wrote. Olivan will be “building on his strong track record of making our execution more efficient and rigorous.”

Olivan, who grew up hiking and skiing in a small city near the Pyrenees in northern Spain, speaks five languages, including Japanese and German, and served as the family translator on trips around Europe even as a boy. He studied electrical and industrial engineering in Spain before getting a job at the tech company Siemens, and then later an MBA at Stanford. By the time he got to Facebook, he had a better sense of how people outside the US were getting online and using the social network than anyone else. Over the years Olivan has accompanied Zuckerberg on trips to Panama, South Korea, and Spain, and was key in opening many of Facebook’s international offices.

That global perspective shaped the company’s ambitions. It was Olivan who oversaw Meta’s Internet.org initiative, an eventually controversial play to bring free internet services-especially Facebook-to countries where internet access is limited and expensive. He was also key in pushing Facebook Lite, a version of the social network released in 2015 that used less wireless data, so people in emerging markets could access it without running up their phone bills. At one point, Lite had more than 200 million users, and is still operational today. Those efforts were all part of Olivan’s growth strategy to expand Facebook’s reach into as many countries as possible, but they were also inspired by his own personal experiences abroad and his network of friends and family outside the US, colleagues say.

“Javi was always reminding us of the fact that not everyone was using an iPhone,” says Naomi Gleit, another longtime Olivan direct report who now runs product management for the company. “He was always trying to bring in international insight.”

Olivan was also a key advocate in Zuckerberg’s decision to buy WhatsApp, presenting his case for the deal on two fronts. As head of Facebook’s analytics team, he presented data to Zuckerberg showing WhatsApp’s massive reach and growth. He told the CEO that owning WhatsApp could help with growth by exposing Facebook’s main social network to a broader audience, an analysis Zuckerberg heartily agreed with, according to a congressional report that examined the deal. Olivan is data-driven and has been a key force in Meta’s internal culture, which leans heavily on data for almost all decisions.

Olivan also knew WhatsApp was popular because he used it himself with his own friends and family back in Europe. He was more plugged in to WhatsApp as a user than almost everyone else on Facebook’s executive team, his colleagues say.

Both of those big moves have complicated legacies. Internet.org was assailed by critics who argued it didn’t adhere to net neutrality, the idea that all internet services should be treated equally, by giving Facebook and its partners a leg up in emerging markets. The program was eventually blocked in India. WhatsApp has yet to make significant revenue for Facebook, despite its price tag.

The deals for WhatsApp and Onavo, the competitor tracking tool, are key components of the congressional argument that Facebook has developed monopoly power through its strategy to copy, acquire, or crush rivals. And as the company grew at the rapid clip that Olivan was so praised internally for achieving, it developed numerous blind spots that turned into major public scandals about misinformation, data privacy, extremism, and more.

Still, at Meta, the big question is whether Olivan will be able to deliver another decade of growth.