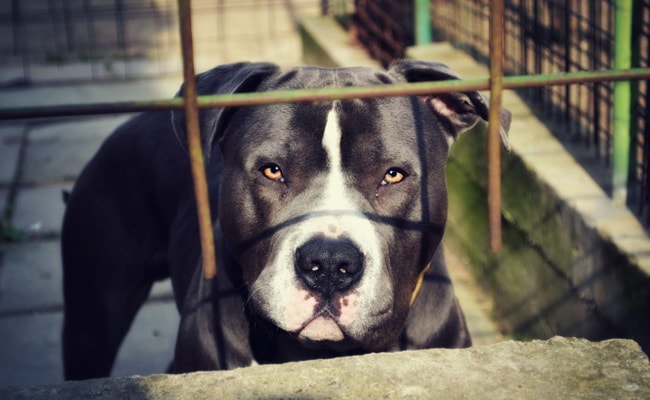 A 30-year-old woman has been admitted to a hospital after she was attacked by a Pit Bull dog in Gurugram’s Civil Lines area on Thursday. A First Information Report (FIR) has been registered against the owners of the dog after a complaint by a relative of the woman, news agency PTI reported. The woman has been identified as Munni who has suffered serious injuries on her head and face, the agency further said. This comes a month after an 82-year-old woman was killed by her pet Pit Bull dog in Lucknow.

In the Gurugram case, Munni was walking near a housing society when she was attacked by the dog. The owner of the dog, identified as Vinit Chikara, had taken it out for a walk, PTI further said.

It quoted the police as saying that Mr Chikara left the dog’s harness loose and it first knocked down and then bit Munni. Locals rushed her to a nearby hospital where Munni is battling for life. She works as a domestic help in the area.

“We are investigating the matter and action will be taken according to law,” PTI quoted Assistant Commissioner of Police (Crime) Preet Pal Singh Sangwan as saying.

Earlier in July, retired school teacher Sushila Tripathi was on the roof of her house in Lucknow when she was attacked by her pet Pit Bull.

She was rushed to the hospital but could not be saved. The woman lived with her son and the family had two pet dogs, including a Pit Bull.

Pit Bull is medium-size, short-haired dog. It is also listed as one of the ‘dogs bred for fighting’ in the UK’s Dangerous Dogs Act, 1991, enacted for purposes of public safety.