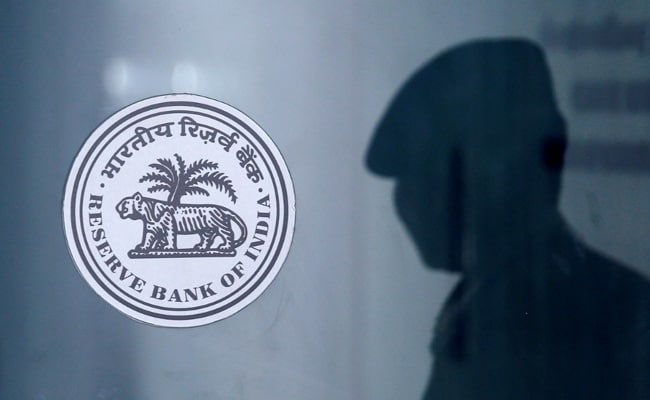 The Reserve Bank of India is currently seen pausing rate hikes at 6%, according to latest RBI poll.

Interest rate hikes in the United States and the resultant pressure on the rupee is likely to give the Reserve Bank of India (RBI) reason to deliver a 50-basis-point rate hike on Friday even as it tries to protect a recovery in growth.

The RBI’s monetary policy committee (MPC) has already hiked the key policy rate by 140 bps since May to 5.4%. Since the last policy meet, retail inflation has risen above 7% again and the rupee has weakened 9.5% on year, with pressure on the currency accelerating after the U.S. Federal Reserve’s meeting last week.

“Shifts in the global policy environment have weakened sentiment considerably, which has been negative for currencies, complicating the policymakers’ inflation fight,” said Radhika Rao, senior economist at DBS Bank.

“While rate sensitive flows are a small part of overall bond ownership, authorities will be keen to defend against spillover risks from global developments,” she added.

The spread between Indian and U.S. 10-year bond yields touched a low of 360 basis points last week, its lowest since Sept 2009.

With the Fed Funds rate seen rising to 4.6% by the end of 2023 according to its dot plot, the gap between the policy rate in the United States and India will also narrow.

The Reserve Bank of India (RBI) is currently seen pausing rate hikes at 6%, according to the latest RBI poll, but the overnight indexed swaps (OIS) market predicts the rate could rise to 6.5%.

“Interest differentials also matter and cannot be ignored, particularly when the Fed remains in the midst of an aggressive rate hike cycle,” Deutsche Bank said in a recent note.

“The breach of rupee above 80 levels, despite RBI’s proactive FX intervention, opens up room for further depreciation in the coming months. This is likely to be inflationary on the margin and would merit a 50 bps rate hike at this juncture,” the bank added.

While the MPC could weigh a bigger rate hike at its September meet, rates in India may not rise as sharply as in developed markets over the current cycle, said Vivek Kumar, senior economist with QuantEco Research.

“Interest rate differentials do matter for emerging market economies. However, since our actual inflation versus target gap is not as wide as in the U.S., the compulsion is unlikely to translate into a one to one response from MPC,” he said.

Inflation in India has been above the MPC’s mandated 2%-6% target band for eight straight months to August.

Kumar said a 50 basis points rate increase on Friday was justified irrespective of what the Fed did.

With the rupee having breached the psychological 80-mark, bets on further weakness have risen. Analysts expect the RBI to continue to intervene by selling dollars to prevent excessive volatility but rate hikes may help too.