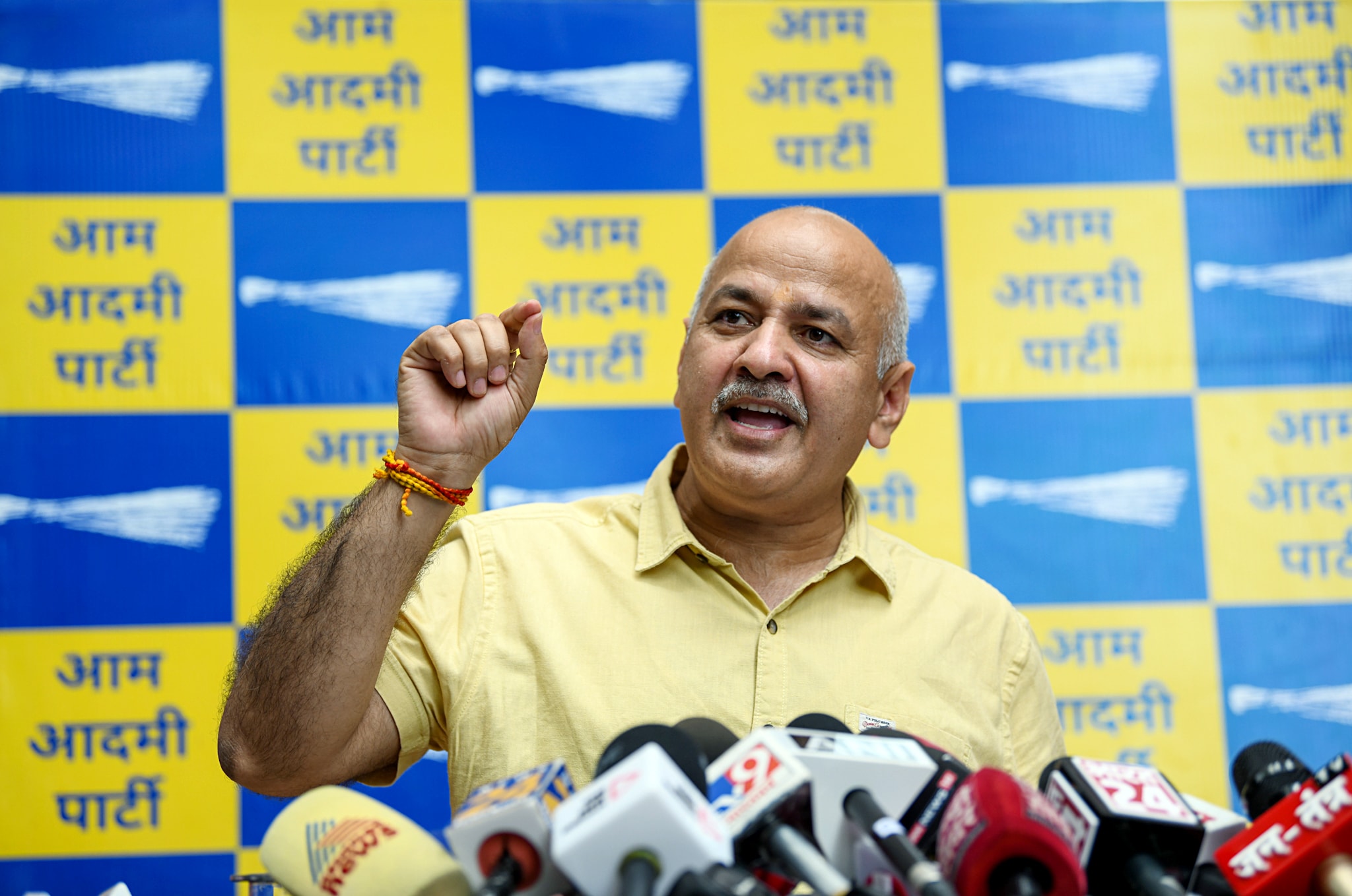 Manish Sisodia has been named as an accused in the case registered by the CBI.

The AAP on Tuesday condemned the arrest of its communication in-charge Vijay Nair by the CBI in the Delhi excise policy case and alleged he was taken into custody after he refused to buckle under the agency’s pressure to implicate Deputy Chief Minister Manish Sisodia.

Mr Sisodia has been named as an accused in the case registered by the CBI.

In a statement, the Arvind Kejriwal-led party alleged that Nair’s arrest by the probe agency is part of the BJP’s “ongoing attempt” to crush the AAP and obstruct its campaign in Gujarat where assembly polls are due to be held this year.

“Vijay Nair is communication in-charge of AAP. He was responsible for developing and implementing communication strategies in Punjab earlier and Gujarat now. He has nothing to do with the excise policy. Strangely, he has been arrested by the CBI just now in the excise case,” the party said.

“We strongly condemn these unconstitutional and illegal methods being adopted by the BJP. All allegations against Vijay Nair and AAP leaders are false and completely baseless,” it added.

The AAP claimed that the CBI raided Nair’s house twice in the last one month but it did not find anything incriminating It alleged, “Nair was called for questioning in the last few days and was pressured to take the name of Manish Sisodia. When he refused to do that, he was threatened that he would be arrested.” The entire country is watching how the BJP is “completely rattled by the AAP’s growing popularity across India,” it said.

The BJP is “unable to digest the rapidly growing” support for the AAP in Gujarat, it charged.

The CBI arrested Nair on Tuesday.

Agency sources said Nair was arrested for his alleged role in “cartelisation” and “conspiracy” related to alleged irregularities in the allocation of liquor licence in the national capital.

The FIR has alleged that Arjun Pandey, an associate of Sisodia, had once collected about Rs 2-4 crore in cash from liquor businessman Sameer Mahendru on behalf of Nair, former CEO of Only Much Louder, an entertainment and event management company.

Nair’s name had come to the fore in a parallel probe launched by the Corporate Affairs Ministry into the alleged liquor licensing scam in Delhi last month.

Other names that came up during the preliminary probe who could be indirectly associated with Nair, including through his co-directors, were Weirdass Comedy, Motormouth Writers and Rebellion Management among entities engaged in online gaming, betting and comedy shows, officials had said citing Registrar of Companies records.